I wrote this sketch during the long boom, back when I lived in London. It summons up the privileged boredom of the early noughties. My life is nothing like this now, and I have a whole different set of problems. 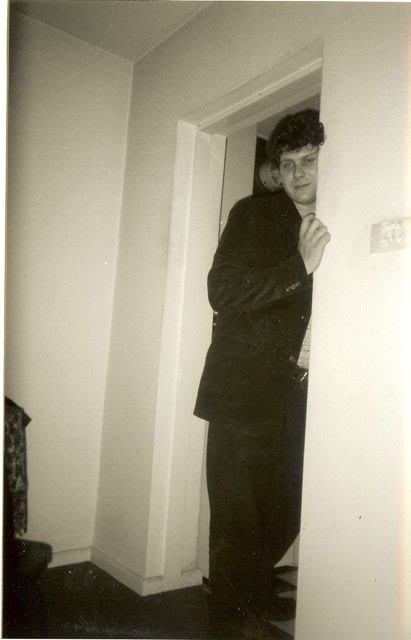 “I am stupid.” We were sitting in the George, on the corner of Wilton Way, Hackney.

“I know what you mean,” said Walter.

“I am becoming stupider by the hour,” I continued.

Walter put his glasses aside, revealing eyes trimmed with a thin frame of exhausted blood vessels. “I am too.”

You expect ageing to be an accumulation of experience, a daily accretion of ballast against the unknown. You don’t expect time to beat the smarts out of you, to mercilessly reprogram you with its weary cynicism, until you become a quarter of the man you once were, even though that was only half the man you wanted to be.

It’s our fault. We both sold out. Cut it any way you want, neither of us have ideal jobs. We’re doing something much stupider.

“It’s not just us,” Walter had a starred first in English Literature, with a Distinguished Masters from LSE, where he was trying to unify post-colonial literary theory with supply-side economics in a way I can’t even begin to understand.

Now he spends his evenings having Heat magazine explained to him by his twenty five year old lodger.

Walter was still talking. “Work does not demand intelligence, just perseverance. The people who do well are the ones who keep their heads down, bide their time easing up the corporate hierarchy. In fact, the higher up you go, the stupider everyone seems to get. Their minds have drawn tightly about their career; there is no space for anything else. In my line of work (television) a certain ignorance is an advantage. It shows you are in touch with the audience. In fact, applying your ignorance to a subject is pretty much the definition of a successful television programme.”

I nodded in recognition. “You feel daft.”

“I used to be a genius. Now I’m an imbecile. They took it from me.” 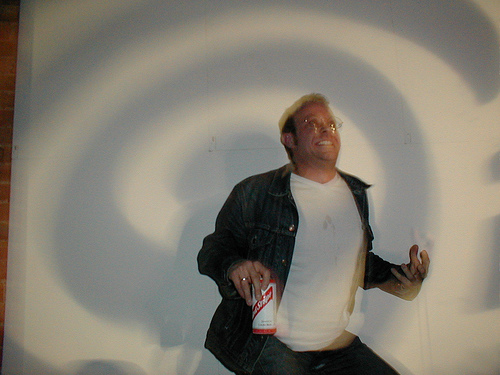 Walter squinted, squashing his thoughts into some kind of cohesion. “I went to a dinner party the other day.”

In the past I would have mocked him for this confession. Now it didn’t seem to matter, being middle class. It made no difference. In fact, I was curious to hear about it. “Did anyone say anything interesting?”

“I don’t know. All I remember is long periods of silence punctuated by this other guest, a woman who looked just like Tony Blair, talking about peas. She liked the smell of them, ‘like freshly-dug soil’. Every now and again I’d try and talk about creative stuff.”

“You know, the arty things that everyone reads and chats about?”

Certainly ideas had lost their lustre of late. In our bohemian salad days, we had been quick with ideas, believing success and self-esteem could be constructed out of one good idea. But theorising is so callow. Experience teaches you that ideas get you nowhere. For example, a friend of mine invented the one shoulder-strap backpack. Has he seen a penny from his idea? No, of course not. It was pinched, copied. Ideas will get you so far, but money, nepotism and plagiarism will get you a lot further. 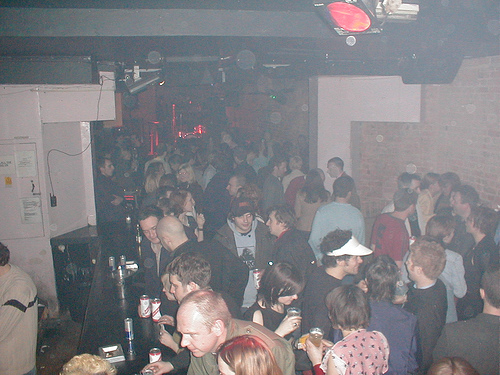 I was hungry to hear about the dinner party. I hadn’t been to one for nearly three years. Four couples staring at one another over a little bowl of black pepper, talking about the food while eating the food. God I miss it.

“Yes. Exactly. But with a bob. There was a basket of raw pea pods in the middle of the table. She picked one out, split it with a run of her thumbnail, and took a hefty whiff. Someone was talking about all that state of the nation, government stuff-”

“It was her boyfriend, he was talking politics, or rather, he was paraphrasing a column from The Guardian when she interrupted him – which was a relief, we’d all read it and didn’t particularly need a cover version – to comment on the peas. She rolled one between her thumb and index finger. ‘It smells of earth, when you turn it over’ she said, with a look of amazement. She held the pod out for me. I took one and gently raised it to my nostril. I sniffed. She watched me with the most unnerving grin. Slowly, I put the pea onto my tongue, bit it, and swallowed. An erotic charge passed between us, we shared a moment over the pea. Her boyfriend’s doing Guardian karaoke. We thought briefly about fucking.”

We both have long-term girlfriends. Monogamy And The City. All the women seem to be having sex, while the men are having monogamy. Certainly Walter and I lack the wit for infidelity. We are too tired, exhausted by stupid work, the days spent rolling around a washing machine of nonsense, pulled on by thoughtless centrifuge.

Walter was still wearing his suit at 9pm, while the rest of the patrons in The George were all chunky jumpers, roll-ups and community art projects. Citizens of Old Hackney, loony left Hackney, carved wooden Buddha Hackney, unemployable bohemians subsisting on the burgeoning equity in houses sought after by people like us, New Labour Hackney, consultancy and media Hackney.

“In work today,” said Walter, “I had a meeting with the composer of this big new documentary series we’re editing. I had to make some changes to his score.”

“What was wrong with it?”

“Nothing. But insisting on changes is my job. I asked him if he could fit another chord in.”

“He had to go back and rewrite and re-record the whole thing. It really cut into his profit margin. I didn’t know what else to do. I had to say something.”

“That was getting tired. It was time for a new change. ‘Can you fit another chord in there’ will keep me going until at least October.”

I had to say it. “Your job sounds really stupid.”

“It is. I ask for changes to things I know nothing about. It doesn’t matter if it’s music, comedy, or drama, or a documentary, or the news or a soap opera. If it’s edgy, I tell them to make it more mainstream. If it’s too mainstream, I tell them to add more edge. One of my presenters used the word “corpulent” in a link: I tore a strip off him. “Corpulent” is not a ‘now’ word. I made them reshoot a game show because the set was the wrong colour. It should be hot pink, because research shows that hot pink is the colour of entertainment. Of course, you laugh and say it is stupid, but I don’t see why I should be singled out. Most jobs are stupid. The only exist to keep us busy.”

“I am very busy at the moment.”

“Everyone is very fucking busy. This morning, I heard a DJ announcing that he was keeping it busy. On pirate radio! Even the people at Radio Crackhead are failing to manage their work/life balance! Something is really wrong with us, with the people…with…”