Anna Higgs at Film 4.0 has announced that Shnyola’s short film ‘Dr Easy’, which is taken from the universe of ‘The Red Men’, will be released online March 2013. The action of the film follows the first chapter of The Red Men: a siege in a rundown flat in Hackney that is resolved by the arrival of the robot, Dr Easy. It features Tom Hollander. 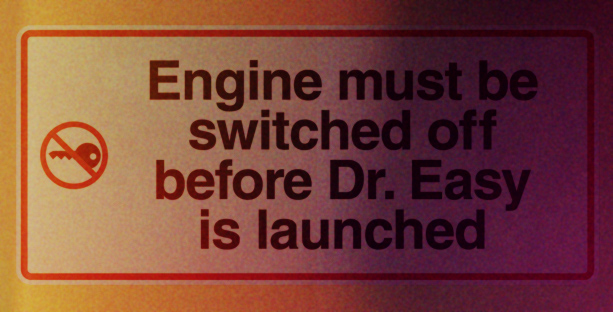 See also the Film4 blog:
and Warp’s page on the film.

and Shynola’s online production diary, TheRedMen. The film is shot, edited and currently having the VFX put together.

From The Red Men novel:

The siege house was a Victorian terrace carved up into bedsits. Six doorbells clustered beside the shattered front door. Dr Easy went inside. On the screens, we watched the robot’s slow progress up the staircase. Its inner monologue came through the monitors. It could already smell Michael Michael. He was giving off waves of fear hormones, the stink of a wounded and hunted animal. The robot crept up a tilted cobwebbed staircase until it came to an unlocked door. The gentlest pressure from the robot’s paw swung it back on its hinges.
The room was dingy. A dirty single bed. A Baby Belling oven on a peeling melamine surface. A microwave. A stereo. A half unpacked suitcase. Michael Michael was crouched in the corner. His shirt was slick with blood. At the sight of the robot, he gurgled and gesticulated with the handgun.
“He has a bullet wound to the mouth,” observed Dr Easy. “And there is an overpowering smell of petrol in here.”