I’m going to read from Self & I at the  Port Eliot festival, 2014. The festival runs from July 24th to July 27th and is held on the beautiful St Germans Estate. I am performing on Friday 25th of July on the Five Dials stage between 4.45PM and 5.30PM.

‘Self & I’ is a memoir about the six months I spent working and living with Will Self in a remote Suffolk cottage in the summer of 1994, exactly twenty years ago. I published an essay-length version in Five Dials magazine, and have since worked the material up into a book-length memoir of literary ambition.

Here is an extract of the new material, drawn from when I first arrived at 1 Hall Cottages. 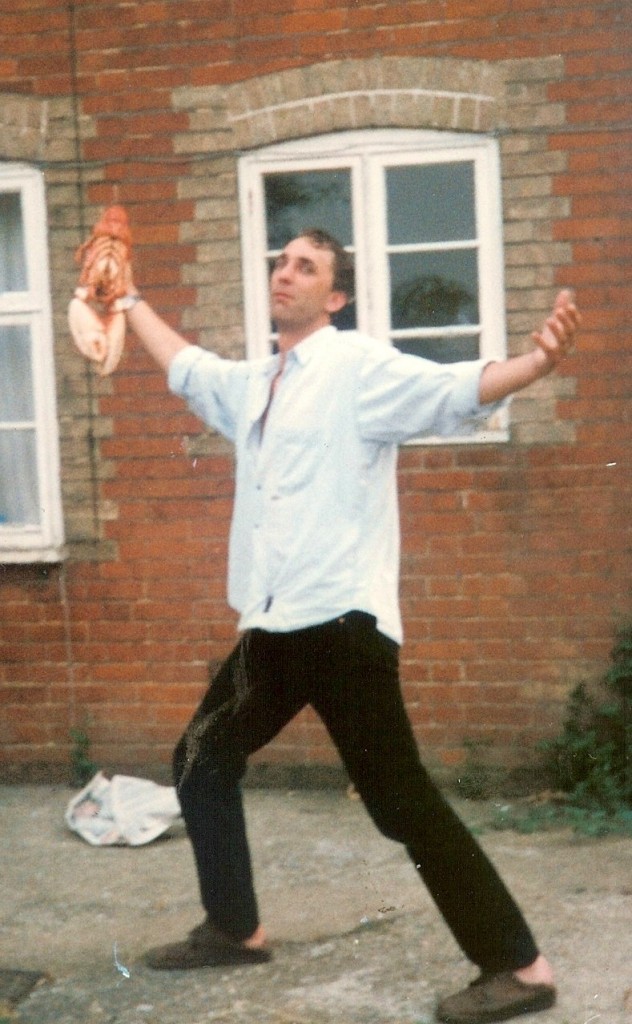 The cottage is one of a semi-detached pair of worker’s cottages, authentically rural in their sparse utility, and in no way bucolic. We park on a rutted path that runs between wide flat fields and ‘a liner-shaped copse’ (as described in Will Self’s short story ‘Flytopia’). The rippling wheatfield is a deep pile of soft, closely-packed fibres. The hedges are frozen bursts of thorn and tangle obscuring a drainage ditch which runs along this lull, this dip, that I am about to call home.
We go through the small gate. The long grass in the back garden is scorched, brittle and ochre. Pushing its way between the flagstone and the neglected turf, a single opium poppy lolls under its own heady weight.
Will crouches down, and dents the pale papery head of opium with his forefinger.
’Fucking ironic,’ he says, walking on.
‘What do you mean?’
He disappears into the house.
The front room is his study. It contains a desk, a selection of adored typewriters in their sheathes, a wheezing Amstrad word processor and printer with the special box of printer paper, a fax, again requiring its own particular stationary, and then the book shelves, one of which is occupied by various editions and translations of his own books: the debut short story collection A Quantity Theory of Insanity, the conjoined novellas of sexual transmogrification *** & Bull, and the debut novel My Idea of Fun, largely represented on this shelf in the scarlet-trimmed, card-covered Atlantic Press edition.

The flock wallpaper is obscured by yellow post-it notes on which he has scrawled gnomic images, observations, commandments, themes, characters. I’ve never seen a work-in-progress exteriorised in this way before: the aide memoires, the prompts, the grit about which the imagination accretes. Post-it notes because their weak glue allows them to be easily reconfigured, for images to agglomerate and overlap.
The living room is small and bare with no television and no furniture. Two dozen coils of flypaper hang down from the ceiling, each riddled with flies. Most are dead, but some flies are still alive and struggle against the gum. The previous winter, the drainage ditch which runs alongside the cottage flooded and sludge seeped into the house, seeding the walls with fly eggs. Now it is summer and the eggs have hatched. 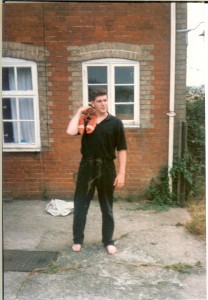 I put down the box containing my stereo and watch a fly hop up a strand of flypaper, using the backs of its gummed comrades as stepping stones. Upon discovering a still-living fly, the liberated one buzzes furiously in an act of rape.
‘No, not rape,’ says Will. ‘Look more closely. Its proboscis is going into the chink between head and thorax. It is feeding.’
‘Fucking ‘em and eating ‘em,’ I whisper.
We stand quietly in the empty fly room.
‘I want you to buy a sofa for here,’ says Will. ‘As cheap as you can find.’
This residence, temporary and rented, will be appointed with masculine functionality, containing all that we need to write, and nothing more. No distraction, no adornment.
He shows me the six binbags containing his possessions, ransacked before taking leave of the family home.
‘I want you to unpack these bags,’ he says.
‘What if I come across anything private?’
‘It’s all private, Matthew. I’m trusting you. I can’t unpack them. It’s too painful. When you’ve left a family like I have.’ He leaves the thought there, and I am too young to know if it is complete or incomplete.
‘Buy a filing cabinet,’ he says. ‘And organise it all. White folder for personal and driving related material. The red folder for work. The folder with the black trim for money.’
The kitchen is a narrow galley. On top of the empty fridge, there are vials of oils in which strange shapes float. Are they miniature Damien Hirsts, or carnival oddities? A twig of rosemary intertwined with oregano floats like a spinal column with attached nervous system: flavoured olive oils bought by his girlfriend Victoria from Selfridges Food Hall. Something feminine.
Will shows me a tub of Lavazza and the coffee pot.
‘Fresh coffee goes in here,’ he holds up the pot.
‘Used grains go in here,’ he holds up an old Lavazza tub.
‘Why do you keep the used grains?’ I ask.
This question rattles at the bottom of a deep well.
Upstairs, he shows me my room.
‘There is no bed. Not yet. I ordered one but it won’t arrive until tomorrow. You can sleep in my bed tonight.’
‘I… I…’
‘I won’t be in the bed, Matthew. I’ll drive to London and sleep there.’
‘I couldn’t possibly. I’ll sleep on the floor’
‘Take the bed. Mi casa, su casa.’
I’ve never heard this phrase before.
He translates for me, ‘My house, your house. I will drive to London, to Victoria’s place, and then bring her back tomorrow. You’ll need some money for a bike and things. Start sourcing what we need. I want bunk beds too, for the kids when they visit. Linen, pillows, and a duvet for yourself. And an axe for chopping wood. There is a long list. We’ll go over it tomorrow.’ He hands me a hundred quid.
‘Get receipts for everything.’
I make us some coffee, storing the used grounds as per instructed. We drink it while admiring the flypaper. And then he is gone, and I am alone with the flies. 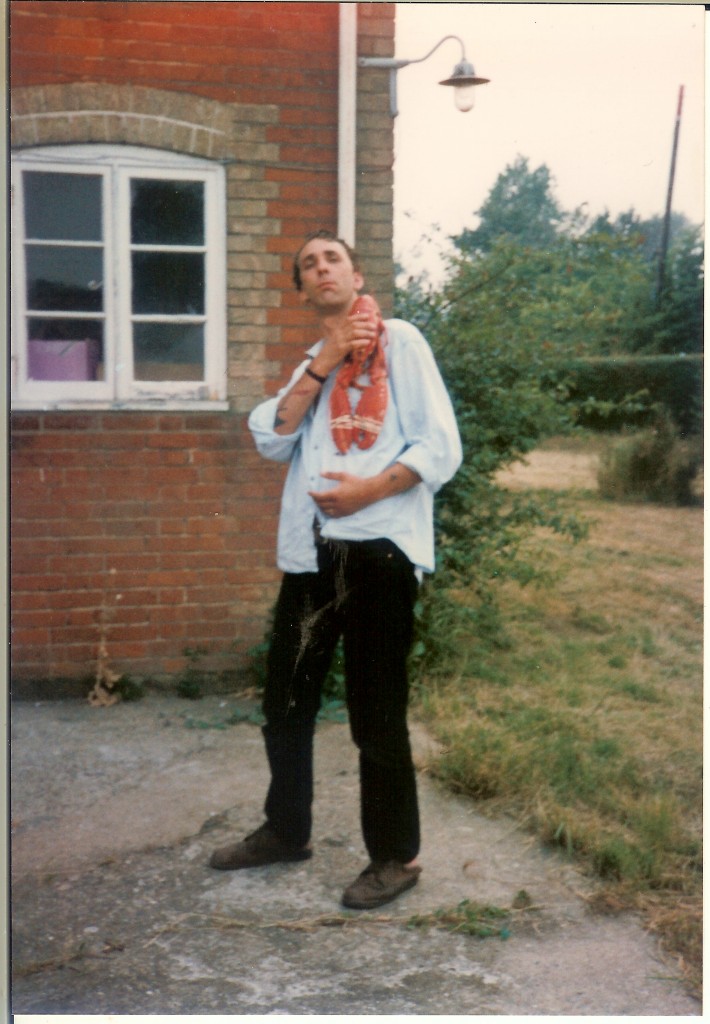