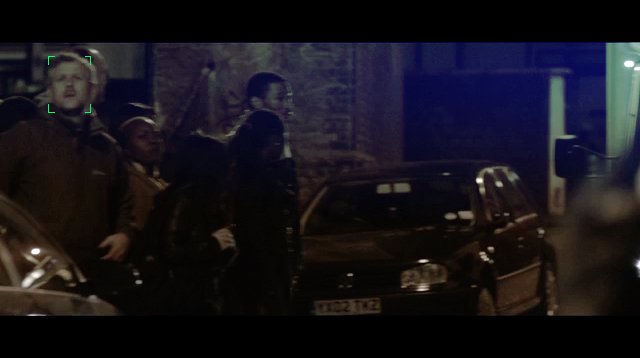 This February, I am re-editing my novel The Red Men for digital release. I will post up my thoughts on the process as I go along in the hope they may prove interesting or useful to other writers who are revising their work, whether pre- or post-publication.

When the novel was first published, back in October 2007, I was extremely busy with three other jobs and the indecently frequent birth of my children. My prose was hampered by striving after affect, riffs and commentary. Also, the copyediting process was unclear, and readers have often complained about the number of mistakes that made it into print. Although the book was shortlisted for the Arthur C Clarke Award, which had its ups and downs, there is a more honed and toned novel in there.

Many of the science fiction novels I am currently teaching at the University of Essex have existed in various different versions, so I took this attribute of the genre as permission to go back and revise the novel. I promised myself that I would not put The Red Men out again without giving it a thorough re-edit.

There are other reasons for revisiting the text. A short film Dr Easy based on the opening chapter is coming out this spring and I want to harmonise a couple of minor details with it, such as the name of an incidental character. The novel contains thinly-veiled autobiography concerning the 1990s that has dated, so that is going too. The novel that I am currently writing – and will return to once this edit is complete – takes place in the same world as The Red Men, albeit on a much broader canvas as the action stretches from the First World War into the near-future. I am considering tweaking the ending to bring the two plots into alignment. The edits will trim literary affectations so that the virtues of its science fiction can be more clearly discerned.

It’s the commentary that troubles me more than spelling mistakes or omitted adverbs. I’ve hacked out pages of the narrator’s pondering and editorialising, which was one of my worst writing habits. It is very un-science fiction and a hangover from my obsession with Saul Bellow’s Humboldt’s Gift (although I am no way ranking my gauche commentary with Bellow’s majestic riffs). After The Red Men, I wrote another novel that was quickly confined to the drawer; the last revision I made to the manuscript prior to filing it away was a thorough edit inspired by a quote from Isaac Bashevis Singer, from an interview with the Paris Review: 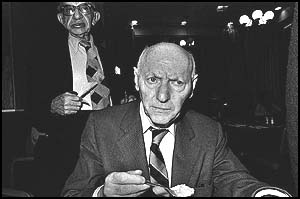 “While facts never become obsolete or stale, commentaries always do. When a writer tries to explain too much, to psychologize, he’s already out of time when he begins. Imagine Homer explaining the deeds of his heroes according to the old Greek philosophy, or the psychology of his time. Why, nobody would read Homer! Fortunately, Homer just gave us the images and the facts, and because of this the Iliad and the Odyssey are fresh in our time. And I think this is true about all writing. Once a writer tries to explain what the hero’s motives are from a psychological point of view, he has already lost. This doesn’t mean that I am against the psychological novel. There are some masters who have done it well. But I don’t think it is a good thing for a writer, especially a young writer, to imitate them. Dostoyevsky, for example. If you can call him a writer of the psychological school; I’m not sure I do. He had his digressions and he tried to explain things in his own way, but even with him his basic power is in giving the facts.”

As an example, here are two versions of the end of the first chapter, beginning with the long draft with a few lines of historical commentary:

The flat was saturated with fuel. Dr Easy made no move to intervene. The robot was already backing out of the room when Michael Michael lit a rag. Fire filled the screen and – back on the street – blew out the windows of the house. Iona became agitated and I held her tight to me.
A great fire waits under London. Michael Michael had merely slid back the grate. Lift up a manhole cover, listen to it roar. First set by the Romans, who left the city gutted and fit only for dogs, it seized its opportunity at Thomas Farrinor’s shop in Pudding Lane. The Luftwaffe knew about it. They gave London the codename of “Loge”, after the Wagnerian God of Fire. Their bombs blew holes in its prison so that it could graze monstrously upon the city. The pavements get too hot to walk upon and the gutters run with melted lead. The city renews itself in our destruction.
Dr Easy ran out of the burning house. The robot was wreathed in fire. With its head bowed and its shoulders supporting flames, it stood on the street waiting for the firemen; a god ignited by its fall from the heavens.

And here is the shorter, new version, sans historical commentary:

The flat was saturated with fuel. Dr Easy made no attempt to intervene. The robot was already backing out of the room when Michael Sawyer lit a rag. Fire filled the screens and – back on the street – blew out the windows of the house. Iona was scared and I held her tight to me.
A great fire waits under London. Michael Sawyer had merely slid back the grate. Lift up a manhole cover, listen to it roar.
Dr Easy walked out of the billowing smoke, and then, with flames running all the way down its back, the robot burned on the street until someone came forward to extinguish it.